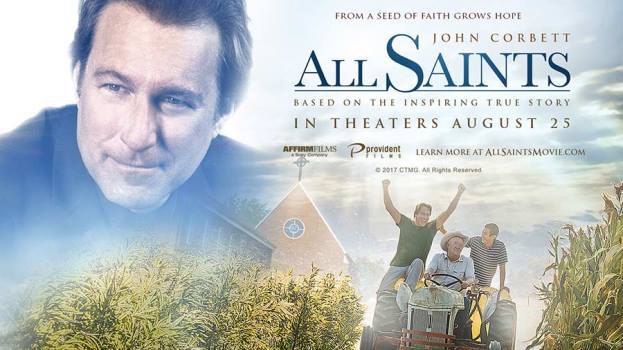 PWRDF is proud to be supporting the release of a new Hollywood film called All Saints, released by Sony Pictures and starring John Corbett (My Big Fat Greek Wedding, Northern Exposure).   The film is based on a true story and follows Michael Spurlock (Corbett), a corporate salesman-turned Episcopalian priest whose first charge is All Saints, a quaint country church in Tennessee with only a dozen members. His assignment is to close the doors of the struggling church for good and sell its prime real estate.

But when the church begins welcoming Karen (kuh-REN) refugees from Burma—former farmers looking for a fresh start in America—Michael feels called to an improbable new mission. Working alongside the Karen people, the congregation attempts to turn their fertile land into a working farm to pay the church’s bills and feed its newest people. View the trailer here: http://www.allsaintsmovie.com/

PWRDF has been supporting Karen refugees living in camps along the Thai-Burmese border for 17 years through DARE, an addiction recovery program. (Burmese Refugees) We also support refugees and displaced people around the world and in Canada through our network of Sponsorship Agreement Holders (SAHs). We are pleased to take part in sponsoring the film’s Canadian release. All Saints opens August 25 in the following 23 cities: New Westminster – Langley, Coquitlam, Abbotsford Calgary – Calgary, Red Deer Edmonton – Edmonton Saskatoon – Saskatoon Rupert’s Land – Winnipeg Toronto – Vaughan, Brampton, Etobicoke, Oakville, Whitby, Barrie Niagara - St. Catharines, Hamilton, Burlington Huron – London, Waterloo, Windsor Ottawa – Gloucester Nova Scotia & PEI - Halifax We will be publishing a film review on August 16 after attending the sneak preview August 14. Please feel free to share it through Facebook or Twitter, or attend the film in your community and spread the word!

If the movie is not being shown in your area, the release date for the book "All Saints" is August 22! The book can be ordered from the movie website through the resource link - All Saints - the book